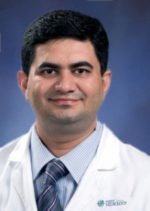 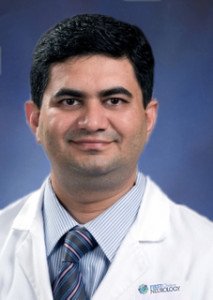 He completed his medical school (M.B.B.S) training as well as residencies in General Surgery (M.S) and Neurosurgery (M.ch) in India. Additionally, he was also awarded a degree in Neurosurgery by the Diplomate of National Board in India.

In 2005, he moved to the United States in order to continue his education, passing the United States Medical Licensing Examination (USMLE) in 2007. From there, he completed a neurosurgical fellowship in spine surgery and later a neurological fellowship in movement disorders at Jackson Memorial Hospital, University of Miami. His 1-year Internal Medicine internship training from 2009-2010 was at Brookdale University Hospital & Medical Center, Brooklyn, New York. He then completed his 3-year Neurology residency program at the University of Florida in Gainesville, Florida.

As a clinician, Dr. Pandey is also interested in teaching neurology to medical students and Research, is fluent in English and Hindi and has a good working knowledge of many other languages including Gujrati, Marathi, and Urdu and has privileges at  South Miami Hospital of Baptist Healthcare.