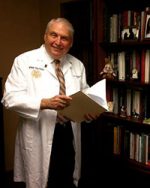 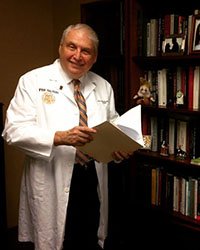 Jorge Herrera, PsyD is a clinical and pediatric neuropsychologist with over 30 years of practice and professional experience. Dr. Herrera obtained his doctoral degree (Ph.D.) in clinical and educational neuropsychology at Wayne State University in Detroit, Michigan. He successfully completed a two-year post-doctoral fellowship in clinical and pediatric neuropsychology at the University of Alcala in Madrid, Spain, where he subsequently was awarded a doctor of medicine degree (M.D.). In addition to being in private practice, Dr. Herrera is a founding faculty of the Herbert Wertheim College of Medicine of Florida International University, where he is currently an associate professor of psychiatry and deputy course director for professional behavior. Dr. Herrera also serves as a consulting neuropsychologist for the Capital Case Unit of the Office of the Attorney General of the United States.

As part of his academic career, Dr. Herrera has chaired more than 50 doctoral dissertations in the fields of neuropsychology and applied cognitive neuroscience including pediatric, adult, and geriatric patients with a variety of developmental and acquired neurological disorders. He has published articles, chapters, books, and monographs on learning disorders, attention deficit hyperactivity disorder, mild cognitive impairment, as well as on an ample number of neuropsychological tests widely used in the field of neuropsychology. He is widely known internationally and has worked in Spain, the Dominican Republic, Venezuela, Panama, Argentina, and Colombia, in addition to the United States.

In his practice, limited to neuropsychology, Dr. Herrera has extensive experience in conducting neuropsychological evaluations across the life span, from children as young as two years of age to adults over 90 years of age. Dr. Herrera also has extensive experience providing restorative cognitive rehabilitation services to patients with an ample variety of neurological conditions.

Jorge Herrera, PsyD is a neuropsychologist located in Miami, Florida. You can contact his office at (305) 445-3222.