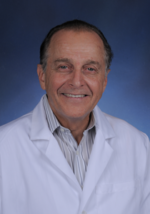 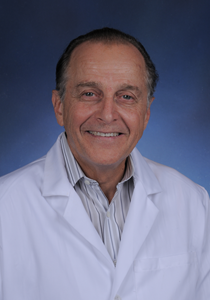 Allan Herskowitz, MD is a board-certified neurologist who practices general neurology at The Neurology Group, a renowned neurological practice in Miami. With 50 years of medical experience, Dr. Herskowitz provides a complete range of services for patients with neurological disorders. His specialties are sports medicine and Botox® therapy.

Dr. Allan Herskowitz currently serves as medical director and team physician for the Miami Heat NBA basketball team, a position he’s held since 1988. He’s also the medical director of the Neuromuscular Treatment Institute and an Associate Professor of Neurology at Florida International University Medical School. Dr. Herskowitz is a founding member of the Neuroscience Department at Baptist Health Systems and currently serves as the Chief of Neurology at Baptist Hospital of Miami. He is affiliated with Baptist Health South Florida, Jackson Hospital in Miami, West Kendall Baptist Hospital, and South Miami Hospital.

A native of New York, Dr. Herskowitz received his bachelor’s degree in chemistry from the University of Florida and obtained his medical degree from the University of Miami School of Medicine. He went on to complete his internship at the Tuft’s Division-Boston City Hospital and his residency at the Albert Einstein College of Medicine in New York. He’s a fellow of both the American College of Physicians and the American Academy of Neurology. He is also an Associate Professor of Neurology at Florida International University Medical School.

Dr. Herskowitz has given dozens of lectures on a wide range of neurological topics and published numerous articles in peer-reviewed journals. He’s actively involved in neurological research and community education.

Board Certifications
Diplomate American Board of Neurology October 1973

Florida Board of Computed Neurotomography December 1976

Member American Society of Neuro-Rehabilitation May 1992

National Representative, State of Florida
American Academy of Neurology May 1977