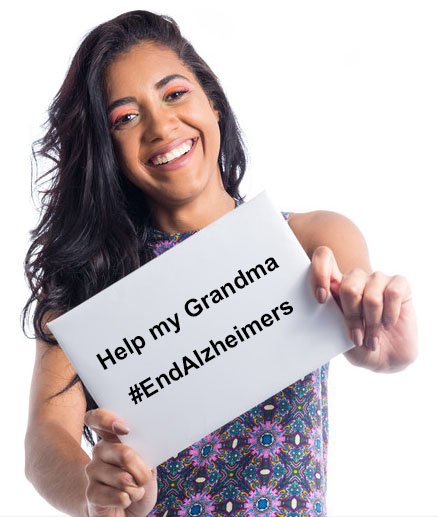 June is Alzheimer’s and Brain Awareness Month. Everyone who has a brain is at risk of developing Alzheimer’s disease (AD). There are 50 million people worldwide living with Alzheimer’s and other dementias. Alzheimer’s is not part of the normal aging process. It is a fatal disease that kills nerve cells in the brain and affects an individual’s memory.

Help us spread the word about this horrible disease. Together, we can help the cause. During the month of June, the Alzheimer’s Association is asking people to wear purple, post photos on social media, and talk to your friends, family, and co-workers about Alzheimer’s to raise awareness for the disease. Use the hashtags #EndAlzheimers #GoPurple #EndAlz

Alzheimer’s disease is a degenerative brain disease. Alzheimer’s is a type of dementia that causes problems with memory loss and cognitive abilities. Researchers believe that Alzheimer’s disease begins 20 years or more before you notice symptoms. Symptoms occur because nerve cells (neurons) in parts of the brain have been damaged or destroyed. Symptoms usually develop slowly and worsen over time, interfering with an individuals’ ability to perform everyday activities.

In the early stages, memory loss is mild, and the individual is said to have dementia due to Alzheimer’s disease, or Alzheimer’s dementia. In the late-stage of Alzheimer’s, neurons in parts of the brain that enable a person to carry out basic bodily functions are affected. Individuals lose the ability to carry on a conversation, walk or swallow. The cause may include a combination of genetic, environmental, and lifestyle factors.

The early-onset of Alzheimer disease is inherited from an altered gene. In most cases, an individual with Alzheimer’s inherits the altered gene from one affected parent. People who inherit one of these genetic mutations will develop Alzheimer’s disease, usually before the age of 60.

Does Diet Play a Role in Alzheimer’s?

There is growing evidence for possible dietary risk factors in the development of Alzheimer’s and cognitive decline. Studies have shown that antioxidant nutrients can protect the brain from oxidative and inflammatory damage.

Does eating a Mediterranean style diet help prevent Alzheimer’s? Studies show that people who follow a Mediterranean diet may be less likely to have Alzheimer’s disease. The Mediterranean diet is primarily plant-based foods, such as fruits and vegetables, olive oil, legumes, whole grains, and fish. The diet also recommends using herbs and spices instead of salt and limiting red meat to no more than a few times a month. The typical Western diet contains red meat, saturated fats, and refined sugar.

Research suggests that making healthy food choices may improve the risk of mild cognitive impairment (MCI) and help prevent brain tissue loss associated with Alzheimer’s. More research and clinical trials are needed to know to what degree a Mediterranean diet prevents Alzheimer’s or slows the progression of cognitive decline.

Memory Loss – One of the most common signs of Alzheimer’s disease.
Confusion – People with Alzheimer’s can lose track of dates and time.
Problem Solving – Difficulty concentrating and takes much longer to do things.
Misplacing Things – Misplace or lose things and are not able to find them again.
Withdrawal – Remove themselves from hobbies, social activities, work projects or sports.
Personality Changes – Mood and personality changes. Become confused, depressed, fearful or anxious.
Poor Judgment – Experience changes in judgment or decision-making.
Talking and Writing – Struggle with vocabulary or have trouble following or joining a conversation.
Vision Problems – Difficulty with reading, judging distance and determining color or contrast.

Characteristics of the Brain with Alzheimer’s

Many molecular and cellular changes take place in the brain of a person with Alzheimer’s disease. Beta-Amyloid Protein comes in different molecular forms that collect between neurons and disrupt cell function.

Neurofibrillary Tangles are abnormal accumulations of the tau protein that collect inside neurons. The tau protein detaches from microtubules and sticks to other tau molecules to form tangles inside neurons. Abnormal tau accumulates in specific brain regions involved with the memory. As the level of beta-amyloid increases, tau spreads rapidly throughout the brain. Evidence suggests that Alzheimer’s brain changes may result from a complex interplay among abnormal tau and beta-amyloid proteins and several other factors.

Chronic Inflammation may be caused by the buildup of glial cells. These cells help keep the brain free of debris. One type of glial cell, microglia, destroys waste and toxins in a healthy brain. In Alzheimer’s patients, microglia fails to clear away waste, toxins, and beta-amyloid plaques. The TREM2 gene tells the microglia cells to clear beta-amyloid plaques from the brain and help fight inflammation in the brain. Astrocytes, another type of glial cell, help clear the buildup of plaques and other cellular debris left behind. These microglia and astrocytes collect around the neurons but fail to perform their debris-clearing function. They release chemicals that cause chronic inflammation and damage the neurons they are meant to protect.

Vascular Problems may lead to reduced blood flow and oxygen to the brain. A faulty blood-brain barrier prevents glucose from reaching the brain and prevents the clearing away of toxic beta-amyloid and tau proteins. This results in inflammation, which adds to vascular problems in the brain. People with dementia seldom have only Alzheimer’s-related changes in their brains. Vascular issues such as beta-amyloid deposits in brain arteries, atherosclerosis, and mini-strokes may also be at play.

Neuronal Connections between networks of neurons break down, and the brain regions begin to shrink when neurons are injured and die throughout the brain. In the final stages of Alzheimer’s, brain atrophy is widespread and causes significant loss of brain volume.

There are about 200 clinical trials that are testing ways to understand, diagnose, treat, and prevent Alzheimer’s disease. First Choice Neurology Research Centers have conducted, and are currently offering clinical trials for Alzheimer’s disease, dementia, and other neurological disorders. One study is investigating d6-DM/Q for the treatment of agitation in patients with dementia of Alzheimer’s type. Another study is BAN2401 by Eisai. BAN2401 is a humanized monoclonal antibody that targets the protofibrils of beta-amyloid before they aggregate into amyloid plaques.

Earlier this week, it was reported that a team of researchers at the University of New Mexico are developing a new vaccine that they hope will be able to prevent Alzheimer’s disease in humans after seeing promising results in tests with mice. They have developed a vaccine that could prevent the formation of the tau tangles and potentially prevent the cognitive decline typically seen in Alzheimer’s patients.

What Type of Doctor Treats Alzheimer’s?

A Neurologist specializes in neurological disorders, including diseases of the brain and the nervous system. Currently, there is no cure for Alzheimer’s disease. There are medicines that can slow the progression of Alzheimer’s. These medicines help individuals carry out their daily activities. They can also help with some of the behavioral and personality changes.