National Migraine and Headache Awareness Month are celebrated in June. Migraine affects one billion people and is the second leading cause of disability. Many people are unaware of the impact migraine has on society and the American Migraine Foundation is on a mission to raise awareness of this disabling disease. 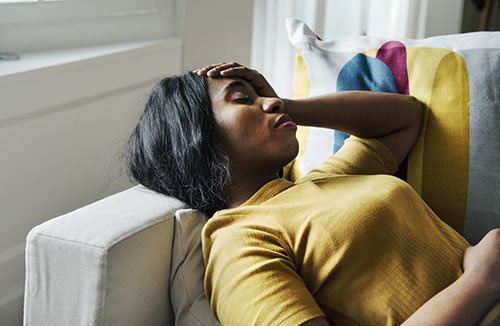 Migraine is a neurologic condition defined by intense pain on one side of the head that may occur with other symptoms such as nausea or vomiting, and sensitivity to light, sound, and smells. Some headaches are preceded by warning symptoms, called an aura, which may include flashing lights, zigzag lines, temporary vision loss, or weakness and impairments in sensation and speech. Triggers for migraine can include hormonal changes, certain foods and drinks, stress, and exercise. Migraine affects more than 10 percent of people worldwide and is three times more common in women than in men. It is estimated that up to 2 percent of people suffer from chronic migraine, which is characterized by 15 headache days (eight migraine days) per month for at least three months at a time.

Chronic migraine is defined as headaches with the features of migraine headache on at least 8 days of a month for at least three months. Patients with chronic migraine often experience migraines that are more severe and last longer even with medication. Migraine is the 3rd most common medical problem in the world and the 7th most disabling of all medical conditions. July 29 is Chronic Migraine Awareness Day.

Research suggests migraine may be associated with parts of the brain known as the trigeminovascular system. The trigeminovascular system consists of neurons in the trigeminal nerve that innervate cerebral blood vessels. Increased levels of a peptide and calcitonin gene-related peptide have also been reported in migraine disorders. Hormonal changes during a menstrual cycle may affect some women. Genetic and environmental factors also appear to play a role as well as imbalances in multiple brain chemicals, which help regulate pain in the nervous system.

Is There Treatment for Migraine?

Drug treatments include acute medications, used to treat pain as soon as symptoms start; preventive medications, taken regularly to reduce the frequency of attacks; and preemptive treatments, taken before engaging in a known trigger, such as exercise or right before the menstrual period.

Acute medications include analgesics, which ease the pain, and abortive medications, which are designed to stop a headache before it starts. Narcotics, such as codeine and meperidine, are sometimes prescribed for migraine but should not be the first choice because of the potential for addiction, medication overuse, and aggravation of migraine.

Abortive medications are thought to work directly on certain migraine pathways and contain triptans, drugs that may constrict blood vessels and are therefore contraindicated in vascular disease.

The FDA has also approved three external devices that stimulate the brain or nerves of the head and face using electrical or magnetic pulses—the transcranial magnetic stimulator, the Cefaly headband, and a vagus nerve stimulator called GammaCore.

For the treatment of chronic migraine, the FDA has approved botulinum toxin type A (Botox) for injection into the forehead, the back of the head, and the shoulders. A new drug that uses monoclonal antibodies to block the CGRP or its receptor shows promising results in phase 3 clinical trials, and the FDA is expected to approve it for chronic and episodic migraines.

If you or a loved one is suffering from a migraine, contact a neurologist at First Choice Neurology today! We have more than 41 facilities in 6 Florida counties and services at 35 major hospitals.