Biogen is planning to file for U.S. regulatory approval for its Alzheimer’s treatment aducanumab after data from more patients in two discontinued studies showed that the drug improved cognition at high doses. Patients who received aducanumab experienced significant benefits on measures of cognition and function such as memory, orientation, and language, Biogen said.

In March, Biogen announced it would discontinue its Phase 3 clinical trials for aducanumab after an interim analysis showed the drug was not likely to produce a meaningful benefit. However, an analysis including an additional three months of data will be submitted to the FDA. Biogen said a new analysis of a larger dataset showed that the drug, aducanumab, reduced the clinical decline in patients with early Alzheimer’s disease on multiple measures of the drug’s effectiveness. 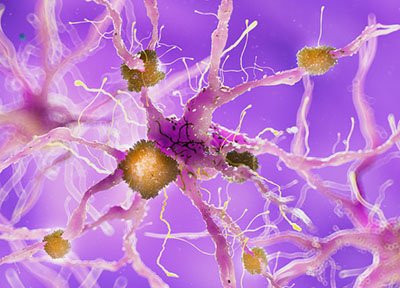 In one study, called Emerge, patients on the high-dose aducanumab had a 23% reduction in their rate of decline compared to those on placebo; those who were on the low dose were 11% lower than placebo, but that result was not statistically significant. But in the second trial, Engage, the decrease was only 2% in patients on the high dose. Biogen said that the patients in Emerge received higher doses due to changes made late in the studies.

The Alzheimer’s Association is encouraged to learn that Biogen will pursue regulatory approval from the FDA for the investigational drug aducanumab based on Phase 3 clinical trial results from the EMERGE and ENGAGE studies, and other related data, after finding a reduction of cognitive and functional decline in people taking the high dose.

Biogen plans to file for approval with the FDA in early 2020. While under review by the FDA for possible approval, the company says it plans to offer access to aducanumab to eligible participants previously enrolled in the Phase 3 studies, the long-term extension of the Phase 1b study, and a safety study.

“With such a devastating disease that affects tens of millions worldwide, today’s announcement is truly heartening in the fight against Alzheimer’s,” said Michel Vounatsos, Chief Executive Officer at Biogen. “We are hopeful about the prospect of offering patients the first therapy to reduce the clinical decline of Alzheimer’s disease and the potential implication of these results for similar approaches targeting amyloid beta.”

Alzheimer’s is a progressive disease that causes brain cells to degenerate. It is the most common cause of dementia causing problems with memory loss and other cognitive abilities. An early sign of the disease is usually difficulty remembering recent events or conversations. Symptoms usually develop slowly and worsen over time. In the early stages, memory loss is mild, but with late-stage Alzheimer’s, individuals lose the ability to carry on a conversation. Alzheimer’s disease is progressive, where dementia symptoms gradually worsen over a number of years.

Currently, there is no cure for Alzheimer’s disease. There are medicines that can slow the progression of Alzheimer’s. These medicines help individuals carry out their daily activities. They can also help with some of the behavioral and personality changes.