Alzheimer's is a form of dementia that causes issues with memory, thinking and behavior. Symptoms sometimes develop slowly and find worse over time, turning into severe enough to interfere with daily tasks. Alzheimer's isn't a traditional a part of aging, however, the majority of individuals with Alzheimer's are 65 and older. Alzheimer's is a progressive disease, wherever dementia symptoms worsen over a variety of years. In its early stages, the cognitive state is delicate, however, with late-stage Alzheimer's, people lose the power to hold on a language. 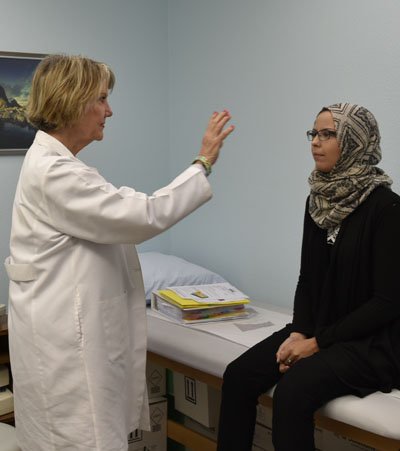 Brain Injuries also referred to as a traumatic brain injury could be a blow or jolt to the head or a penetrating head injury that disrupts the operation of the brain. Brain injuries could happen from sports or an accident. Symptoms of a brain injury can be immediate or delayed. They can include foggy vision, confusion, and hard to concentrate.

Dementia is a loss of cognitive function associated with a number of neurological conditions. It is not a disease. It is a term that describes symptoms associated with declining memory. It is also a term used when a person’s thinking skills are severe enough to reduce the ability to perform everyday activities.

Migraines are a headache disorder that is known to cause intense throbbing and can vary in intensity. Hormonal changes, certain foods and drinks, stress, and exercise can trigger a migraine. Fifty percent of people who suffer from migraine don’t even know they have one. They just think it is a bad headache.

Multiple Sclerosis is a potentially disabling disease of the brain and spinal cord. The immune system attacks the protective sheath and causes communication problems between your brain and the rest of your body. It can potentially cause the nerves to become permanently damaged.

Parkinson’s Disease affects the way your brain controls your muscles. It is a disease due to loss of brain cells and is a progressive disorder of the nervous system. It affects movement and can develop gradually, making it hard to walk and other kinds of movement. Symptoms can be barely noticeable.

Sleep Disorders are experienced by over 20% of all Americans. They can include restless legs syndrome, snoring to the point you can’t sleep, sleep apnea, insomnia, jet lag, and sleep deprivation. They can also include night terrors, narcolepsy, and sleepwalking.

A Stroke can be life-threatening, debilitating, and can occur with little warning. A stroke occurs when the blood supply to part of your brain is interrupted, depriving brain tissue of oxygen and nutrients. Within minutes, brain cells begin to die. Timely treatment is crucial to minimize brain damage and complications.

If you or a loved one is suffering from any of these neurological conditions or disorders, contact a neurologist at First Choice Neurology. We have several locations throughout Florida.