According to the CDC, currently, there are four notable COVID-19 variants in the United States: 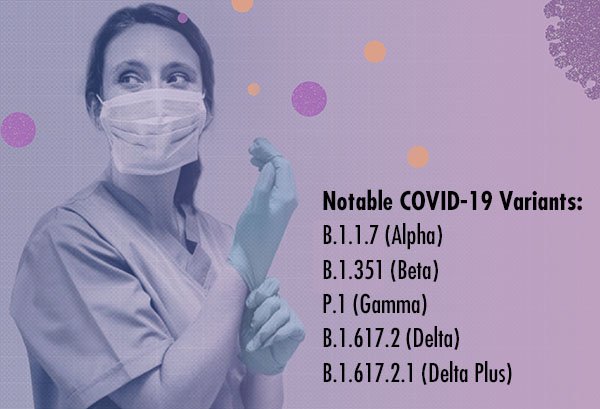 B.1.351 (Beta): This variant was first detected in the United States at the end of January 2021. It was initially detected in South Africa in December 2020.

P.1 (Gamma): This variant was first detected in the United States in January 2021. P.1 was initially identified in travelers from Brazil, who were tested during routine screening at an airport in Japan, in early January.

New variants emerge when mutations occur in the genetic code of the virus. These variants seem to spread more easily and quickly than other variants, which may lead to more cases of COVID-19. An increase in the number of cases will put more strain on healthcare resources, lead to more hospitalizations, and potentially more deaths.

Currently, the Delta variant is the greatest threat in the United States. Delta was identified in March. Alpha remains the prevalent variant, while Delta has been spreading very quickly. Data has suggested that the original Delta variant is about 40% to 60% more transmissible than the Alpha variant.

The Delta variant may become the most dominant variant worldwide. The World Health Organization (WHO) says it has been detected in 92 countries.

“In early April, Delta represented just 0.1% of cases in the United States, according to the CDC. By early May, Delta accounted for 1.3% of cases, and by early June, that figure jumped to 9.5%. Last week the number of cases rose to more than 20%, Dr. Fauci said at a briefing.

The WHO gave the “variant of concern” label to the original Delta variant. The World Health Organization (WHO) defines a “variant of concern” as one that has any of the following:
• Increase in transmissibility or detrimental change in Covid-19 epidemiology
• Increase in virulence or change in clinical disease presentation
• Decrease in effectiveness of public health and social measures or available diagnostics, vaccines, therapeutics

The New Delta Plus Variant 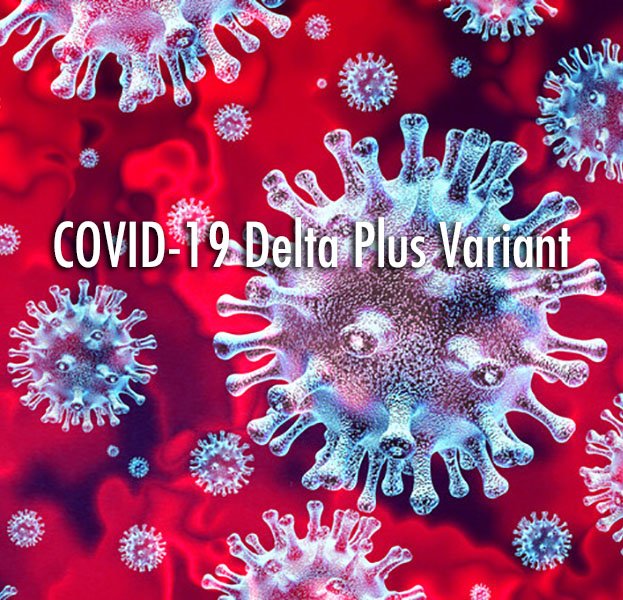 “Delta plus is just shorthand for delta with one mutation. It makes it easier for the virus to get past the antibodies,” said Jeremy Kamil, Ph.D., a virologist and associate professor of microbiology and immunology at Louisiana State University.

Scientists say there is a lot more to learn about the delta plus strain. There are some 200 known cases in about a dozen countries.

Some health officials say the new Delta Plus variant, mutated from the Delta variant and could be more infectious, causing more severe COVID-19 cases.

Scientists in India who have sequenced the strain said the Delta Plus variant appears to be more transmissible, better able to attack lung cells, and less responsive to antibodies.

Scientists in California say there isn’t enough evidence to suggest that Delta Plus is any more problematic than the original Delta strain.

The CDC and Public Health England are monitoring variants of concern as the pandemic continues worldwide. Public Health England issued a new briefing focused on the Delta variant, including potential mutations such as Delta Plus. The Delta strain is the dominant variant in the U.K. and now accounts for 95% of cases being sequenced.

P.1 (Gamma) This variant was originally detected in Brazil and is on the rise in the Pacific Northwest.

“It’s very effectively outcompeting the alpha and delta variants, and the rest of the country isn’t seeing this,” Dr. Scott Lindquist, Washington state’s acting health officer. “Many of our counties here are seeing the gamma variant. It’s got the highest hospitalization rate of all of our variants.”

How to Protect Yourself from COVID-19 Variants

So far, studies suggest that the authorized Pfizer-BioNTech, Moderna, Johnson & Johnson COVID-19 vaccines work on the circulating variants. Scientists will continue to study these and other variants.

The only way to prevent the Delta and Delta Plus variants from becoming dominant is to employ a combination of social distancing and mask-wearing to slow their spread until enough people are vaccinated to reach herd immunity. Mask up and get vaccinated!

For more information on COVID-19 variants, visit the CDC website at https://www.cdc.gov/