If you or a loved one are experiencing signs of early Alzheimer’s disease, there may soon be treatment and hope on the horizon. First Choice Neurology is participating in an FDA-approved Phase III clinical trial to determine the benefit of an experimental product, BAN2401. 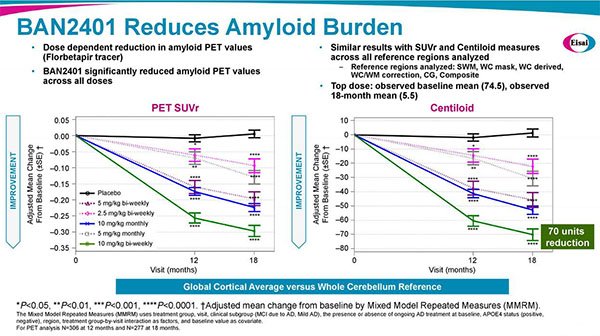 BAN2401 is a new class of human-derived antibody which prevents the deposition of beta-amyloid on brain cells. Beta-amyloid build-up on brain cells is implicated in the pathogenesis of Alzheimer’s. Drug safety data looks good and it seems well tolerated in preliminary studies. Ban2401 is given biweekly and then monthly via IV infusion. The drug sponsor is Eisai Pharmaceuticals.

Miami neurologist, Dr. Jeff Gelblum, is a study investigator who is involved in recruiting patients for this protocol. Dr. Gelblum explains, “BAN2401 represents a major milestone in developing disease-modifying treatments against Alzheimer’s. Thus far, existing medications have only been able to alleviate some of the symptoms of the disease but not impact its debilitating course. Now we have fresh hope to offer something which might actually slow the progression.”

As with any clinical trial, study enrollees are randomized to receive either BAN2401 or a placebo. Neither the patient nor Dr. Gelblum will know who is in which group until the study concludes in mid 2021.

The BAN2401 study is limited to 800 enrollees and is filling up fast. A neurologic evaluation is the first step to determine the patient’s suitability, and Dr. Gelblum’s office is eager to provide this on an expedited basis. Please call: 305-936-9393 to schedule an appointment, and mention “BAN2401”.

Alzheimer’s is a type of dementia-causing problems with memory loss and other cognitive abilities. Symptoms usually develop slowly and worsen over time. In the early stages, memory loss is mild, but with late-stage Alzheimer’s, individuals lose the ability to carry on a conversation. Alzheimer’s disease is progressive, where dementia symptoms gradually worsen over the years. Currently, there is not a cure for Alzheimer’s, but treatments for symptoms are available and clinical research continues.

Eisai Inc. is the U.S. subsidiary of an established Japanese pharmaceutical company that combines the innovative spirit of an entrepreneurial venture organization with the expertise and resources of a fully integrated pharmaceutical business. Dedicated to two therapeutic areas, Oncology and Neurology, they are relentless in our efforts to break through on a number of fronts from immuno-oncology to Alzheimer’s disease and dementia, to sleep health and epilepsy.

As a research-based company, the majority of medicines are developed in house. Their unique business model includes forging strategic partnerships with biotech, pharma companies, and academia to bring new products and innovations to patients in the disease areas they serve.