Moving Day Miami is an annual fundraiser for The Parkinson’s Foundation. Moving Day Miami will be held this Saturday, November 9 at Maurice A. Ferré Park located at 1075 Biscayne Blvd, Miami, FL 33132. 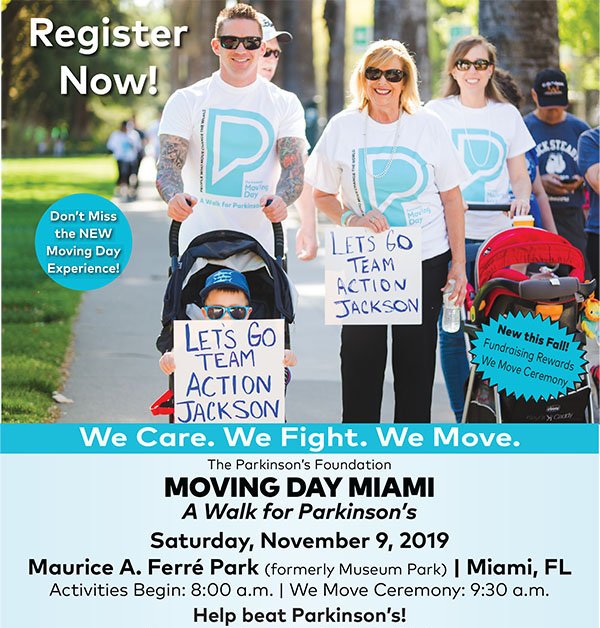 Approximately one million people have Parkinson’s disease in the United States and there are around 50,000 new cases diagnosed each year. Parkinson’s disease is the second-most common neurodegenerative disorder that affects mostly 65 years of age and older. Although 1 out of every 10 people with the disease is younger than 45.

Parkinson’s Disease (PD) affects the way your brain controls your muscles. Parkinson’s is a disease due to the loss of brain cells that produce dopamine and is a progressive disorder of the nervous system that affects movement and can develop gradually. This can make it hard to walk and do many other kinds of movement. Symptoms can be barely noticeable, could be a tremor in just one hand.

We invite you to join our team this Saturday to support Parkinson’s disease. If you are interested, please contact Patricia Pena at ppena@fcneurology.net