A late-stage clinical trial was conducted by Biogen and Eisai and the new Alzheimer’s drug they are developing for Alzheimer’s disease slowed the rate of cognitive decline.

The results were strong, and this could offer hope for a new Alzheimer’s drug. The results were strong for the new medication, lecanemab. 27 percent who received the promising drug, lecanemab had cognitive decline compared with the group who received a placebo in the clinical trial. Biogen’s clinical trial enrolled nearly 1,800 participants with mild cognitive impairment or mild Alzheimer’s disease.

This was the largest clinical trial of lecanemab to test whether clearing the brain of amyloid plaques could slow the progression of Alzheimer’s disease.

Some patients in the trial taking lecanemab experienced brain swelling or brain bleeding, but the side effects were lower than with Aduhelm and other experimental medications. 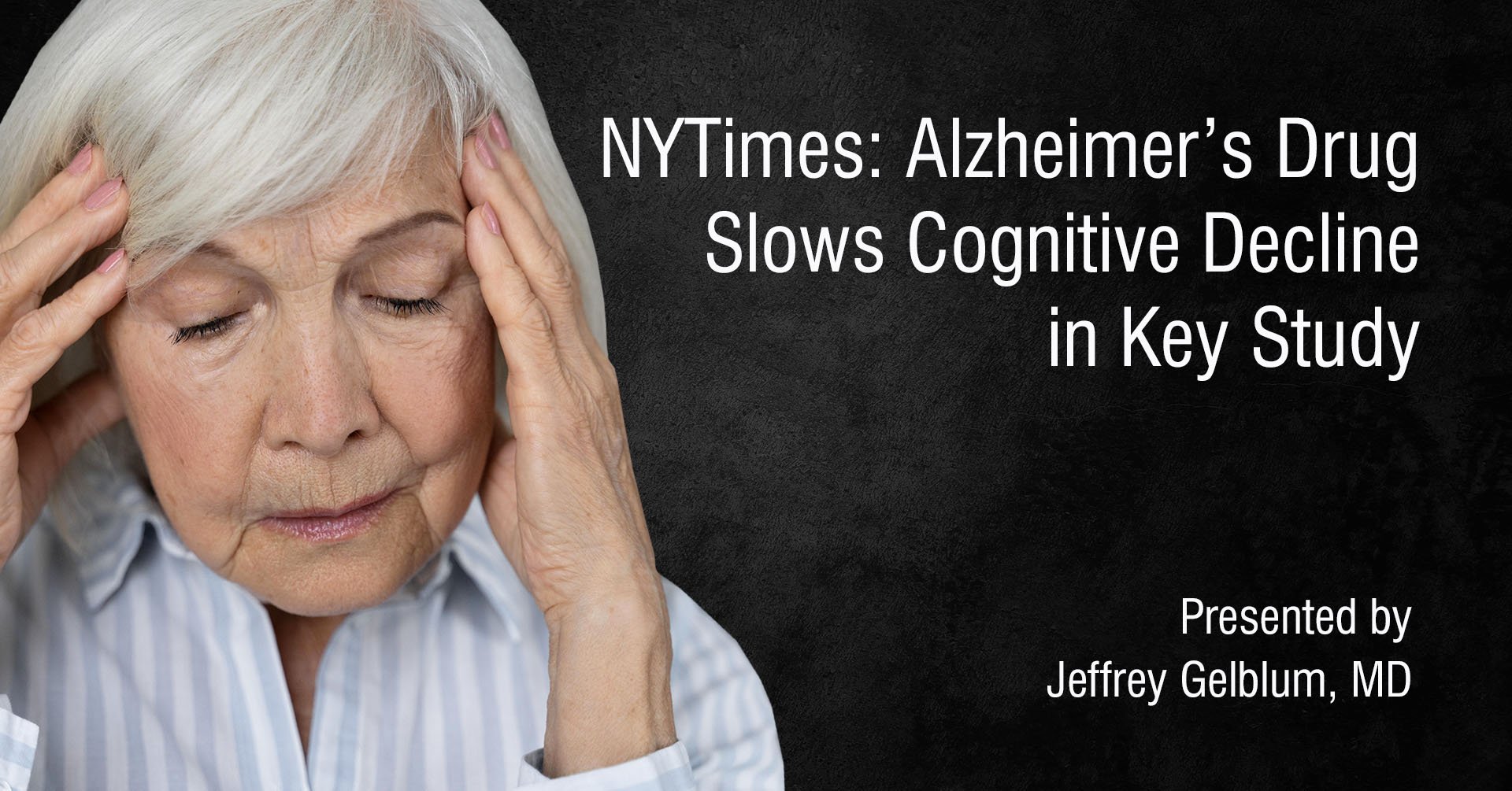 Dr. Jeff Gelblum, a Senior Neurologist at First Choice Neurology will present a Facebook LIVE event talking about the lecanemab clinical trial on Wednesday, October 12, 2022. Join us at 12:30 EST on Facebook at https://www.facebook.com/FCNeurology.

If you or a loved one are concerned about Alzheimer’s, brand new data just received by the FDA anticipates another novel treatment available as soon as early 2023. This new therapy demonstrates significant improvement in Alzheimer’s patients by helping to deactivate the amyloid plaque which interferes with brain functioning.

Eisai Co., Ltd. applied for accelerated approval with the Food and Drug Administration (FDA), the type of approval given to Biogen’s Aduhelm. The process allows the FDA to authorize drugs if they have uncertain evidence of benefit but affect a disease’s biological pathway in a way that is considered reasonably likely to benefit patients. Eisai said that it would first continue with the accelerated approval process, with an FDA decision expected by early January, and then use the newer data to seek full approval.

The New York Times reported that Mr. Cheung, chairman and chief executive of Eisai, said the results represented “the first definitively positive large clinical trial to show that you can indeed slow down Alzheimer’s disease at this very early symptomatic stage. He then stated that the drug started to show a benefit to patients about six months after they began taking it and that the benefit increased until the trial ended, 18 months after patients started on the drug.”

Mr. Cheung said the company considered the results “very clinically meaningful,” but he added, “Of course, there are different opinions out there on defining what clinical meaningfulness is for this stage of disease.”

Other pharmaceutical companies are also conducting clinical trials for Alzheimer’s drugs. Roche is expected to report data from two studies of a drug known as gantenerumab by the end of the year.

The FDA will make a decision on whether to grant accelerated approval to an Alzheimer’s drug from Eli Lilly known as donanemab. Eli Lilly’s results from a larger study are due in the middle of next year.