Biogen is providing its new Alzheimer’s drug Aduhelm free to some patients because of slow reviews by Medicare.

There is a division among doctors about whether Aduhelm, also known as aducanumab, the $56,000-a-year drug helps patients. There is also uncertainty about reimbursement from Medicare. 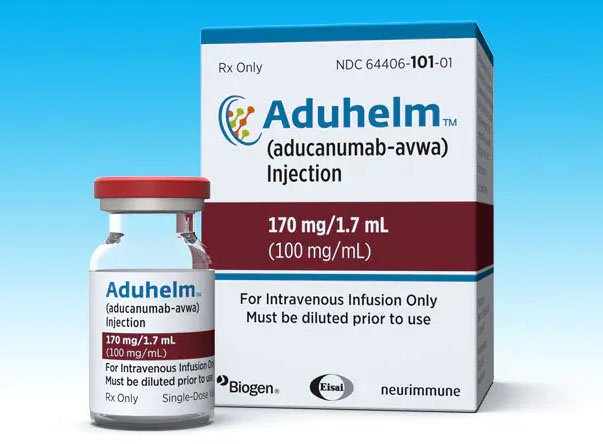 Aduhelm was approved by the U.S. Food and Drug Administration (FDA) on June 7, 2021. The accelerated approval has been granted based on data from clinical trials demonstrating the effect of Aduhelm on reducing amyloid-beta plaques, a biomarker that is reasonably likely to predict clinical benefit, in this case, a reduction in clinical decline.

Aduhelm is administered as an intravenous infusion over approximately one hour every four weeks and at least 21 days apart.

Reuters wrote, “In order to expedite treatment, Biogen has begun to provide Florida’s First Choice Neurology with free-of-charge Aduhelm, according to Dr. Jeffrey Gelblum, a neurologist at the center’s Aventura, Florida, operations.”

“We have been using the Biogen access program – it is almost like a sample program – to get patients started,” he told Reuters.

“Biogen has said it has a number of plans in place to support patient access, but did not give further details,” Reuters wrote.

It is not uncommon for pharmaceutical companies to provide free medications through patient assistance programs.

First Choice Neurology has infused more than 30 patients with Aduhelm. Only the first doses for two patients were billed to Medicare. Their second doses were provided at no cost by Biogen, as well as first doses for other patients.

Dr. Gelblum said, “The clinic has been reimbursed by Medicare for the infusion component of claims, but not for the medication itself, although he expects that to happen within the next couple of weeks.”

As reported by Reuters, “In addition to the medication itself, costs of administering Aduhelm include diagnostic testing for Alzheimer’s and monitoring for side effects such as dangerous brain swelling. Experts say Medicare could seek to lower the therapy’s cost to taxpayers by limiting access to the treatment, linking coverage to real-world evidence of patient outcomes, or setting a fixed payment that combines drug reimbursement with other costs related to the treatment.”

Biogen’s website states, “ADUHELM is indicated for the treatment of Alzheimer’s disease. Treatment with ADUHELM should be initiated in patients with mild cognitive impairment or mild dementia stage of disease, the population in which treatment was initiated in clinical trials. There are no safety or effectiveness data on initiating treatment at earlier or later stages of the disease than were studied. This indication is approved under accelerated approval based on reduction in amyloid-beta plaques observed in patients treated with ADUHELM.”