First Choice Neurology will participate in a discussion about Epilepsy with bestselling author Kurt Eichenwald and his Memoir, ‘A Mind Unraveled’ in which he details his personal battle with epilepsy. Epilepsy experts will be at the event, including Ian Miller, MD, Director, Epilepsy and Neurophysiology Program at Nicklaus Hospital and First Choice Neurology. 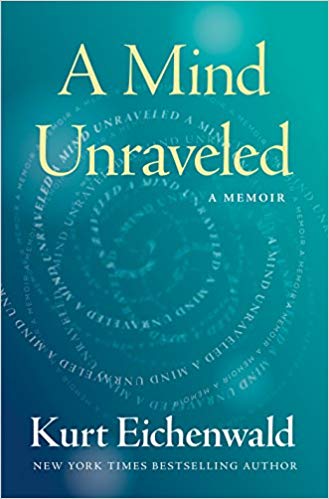 Kurt Eichenwald is an author of five books and an award-winning journalist. ‘A Mind Unraveled’ is an inspiring story about perseverance and fortitude in overcoming the paralyzing fear of seizures and extreme helplessness people with epilepsy live with every day.

Mr. Eichenwald’s second book, “The Informant,” was made into a movie starring Matt Damon and directed by Steven Soderbergh. He is a senior writer at Newsweek and a contributing editor at Vanity Fair, and he spent two decades as a senior writer at The New York Times, where he was a two-time finalist for the Pulitzer Prize. Mr. Eichenwald also is a two-time winner of the George Polk Award, as well as the winner of the Payne Award for Ethics in Journalism and an Emmy Award nominee.

He also has earned wide acclaim for his memoir, the story of his battle to pursue his dreams despite his incapacitating epilepsy. As a college freshman, Mr. Eichenwald awoke one night on the floor of his dorm room, confused and in pain. In the aftermath of that critical moment, his once, care-free life became consumed by confrontations with medical incompetence, discrimination that almost cost him his education and employment, physical abuse, and dark moments when he contemplated suicide.

Ian Miller, MD, is the director of the Ion Channel Epilepsy Program at Nicklaus Children’s Hospital and a Pediatric Neurologist with First Choice Neurology. The Ion Channel Epilepsy Program was created to improve the clinical care provided to children with epilepsy caused by ion channel mutations. Examples of syndromes covered by the clinic are Dravet syndrome and GEFS plus.

The discussion about epilepsy is a free event. It will be held on Thursday, July 11, at 7:00 p.m. at the Mayfair Hotel and Spa, 3000 Florida Avenue in Coconut Grove, Florida. Kurt Eichenwald will discuss his memoir, “A Mind Unraveled,” and his personal battle with epilepsy along with several local epilepsy experts.

For additional information on the event, email Brittany Van Nelson at bvannelson@engagetherapeutics.com.