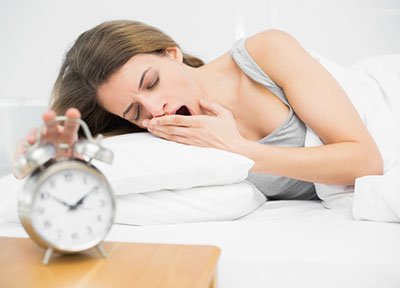 Not sleeping enough affects your metabolism and contributes to weight gain. Research has shown that people who did not get enough sleep for five days consumed more carbohydrates and gained weight.

According to the Centers for Disease Control and Prevention (CDC) 2016 statistics, 93.3 million adults in the United States are classified as obese. Hispanics and African Americans had the highest age-adjusted prevalence of obesity. By increasing the risk for cardiovascular diseases, Type 2 diabetes, and most cancers, obesity contributes to 1 in 10 deaths, making it the second leading cause of preventable death in the U.S. Obese individuals with diabetes or high blood pressure have a 26% greater risk of death than healthy-weight individuals.

You know that old song, “the thigh bone is connected to the leg bone”. Well, with sleep, “the sleep bone is connected to the weight bone”, so to speak. Interruptions in sleep may contribute to hormonal changes and fatigue, which may result in less exercise, increased appetite, insulin resistance, and diabetes. A 5-10% decrease in body weight can lower blood pressure and prevent Type 2 diabetes.

Body Mass Index (BMI) is calculated from a person’s weight and height and correlates to measures of body fat. BMI > 30 is considered obese. Two-thirds of adults with obstructive sleep apnea (a sleep disorder characterized by repetitive upper airway obstruction associated with arousals from sleep) are obese. Interestingly, neck circumference is associated with obesity and appears to be a risk factor for obstructive sleep apnea, > 16 inches for women, > 17 inches for men.

When You Eat Can Predict Weight Gain

Here’s an interesting tidbit. Did you know the timing of food intake can predict weight gain and weight loss effectiveness? In an experiment where mice were forced to eat during the day, the reverse of what they normally do, the mice gained two and a half times more weight even when their caloric intake remained unchanged. So, if you eat earlier and don’t graze with food and snacks after dinner, you’ll be more likely to lose weight. Even changing your sleep schedule on the weekends with a shift to a later sleep time can contribute to weight gain.

Not getting enough sleep can contribute to both weight gain and weight loss. A sleepy brain appears to not only respond more strongly to junk food but also has less ability to rein that impulse in. Hormones affect weight and appetite. Leptin comes from adipose cells (fat cells) and normally signals satiety, which makes you feel full. Ghrelin is another hormone (GI tract), which signals increased appetite, and tells you to eat more. Stanford and the University of Wisconsin looked at about 1,000 volunteers who reported the number of hours they slept each night. Doctors then measured their levels of ghrelin and leptin and charted their weight. The result from the study showed those who slept less than eight hours a night not only had lower levels of leptin (subsequently less satiety or less full) and higher levels of ghrelin (increased appetite), but they also had a higher level of body fat. What’s more, the level of body fat seemed to correlate with their sleep patterns. Specifically, those who slept the fewest hours per night weighed the most.

Your body weight is associated with sleep. Sleep fragmentation and sleep deprivation can lead to weight gain. In fact, multiple sleep disorders are associated with weight gain. It is increasingly clear from the medical literature that there is not a single tissue in the body that is not beneficially affected by improved sleep. Sleep is the single most effective thing people can do every day to reset their brain and body health. Learn more about sleep disorders and First Choice Neurology Sleep Centers.